Here is a memo in studying "R", which is generated for calculating statistical calculation. Actually, I've installed this program in my machine 'MacBook Pro', which I purchased on last Sunday:)

I'm studying with a text book named "Exploring Everyday Things with R and Ruby" with Japanese version. Today's course is about basic confirmation about the programming language of "R", as I wrote in the first paragraph.

When I use some package with regard to "R", I was required to install the following program:

Also, here is my target package to install:

Email ThisBlogThis!Share to TwitterShare to FacebookShare to Pinterest
Labels: statistics

Last night, I went to an italian restaurant with my wife, and we could order some dishes, which weren't in the menu list. This was because we come here frequently, and the chefs know our favorites our tastes:)

Actually, this dish and wine were not in the list, and they were much delicious! 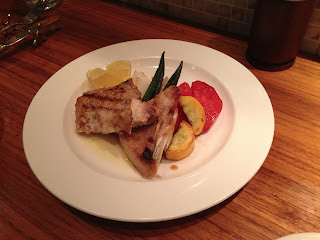 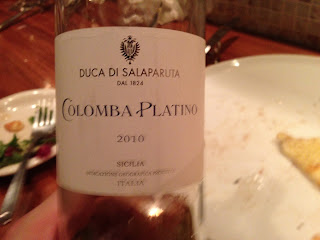 Here is an web-page of this restaurant.

Started to use Google apps

We've begun to use Google apps in my company since yesterday. It contains some web-based tools like Gmail, tasks etc. According to it, we can check e-mail, even in my house or outside our office.

Of course, it would accelerate our productivity, especially for employees who work outside the office, but it may restrain our works in near future...:(

At first, we have to be accustomed to using them soon. Although I usually use Google tools, our tools in my company are restricted. Actually, we cannot use Google calendar at present, because of the compatibility for our internal schedule system.
Posted by Unknown at 21:04 No comments:

Many Japanese people go to the park to see cherry blossom. Actually, I went to a park near my house with my wife, and took some pictures.During walking through the park, my wife asked me why Japanese people held parties below the trees of cherry blossoms. I've never doubted such questions, and couldn't reply the answers. I'll look into this tradition tonight! 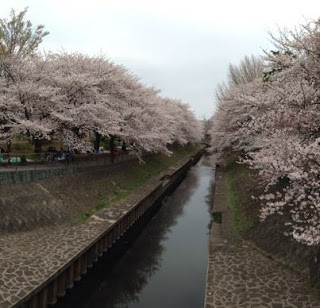 Anyway, there are some shops, which sell junky foods like Banana with chocolate or sweet apples. They are often appeared in festivals in Japan, and then O-hanami seems to be festival.

Some days ago, I found an article about an application, with which we can push web-pages into our Kindle devices. It seems like a famous application called "Read it later." Actually, I tried to use it and the function is fine for me, because I usually read English or French books with Kindle paperwhite and I don't need to change device:)

According to the introductory page by Amazon, we may use some channels like web-browser, Google Chrome extension or others:

If you're a Kindle user, this function would be very helpful, I expect:)
Posted by Unknown at 17:53 No comments:


I've read this book due to the high evaluation in amazon market, and this reading is for my study English as well. It contains about 200 pages, and it took 1 week or so for me to finish reading.

Speaking of Japanese context, it relates to spiritualism or experience of near-death, which also abbreviates NDE written in this book. If it is written in Japanese, I will never read it because it's too mysterious for me.

The writer is indeed neurosurgeon doctor and he had been dying because of meningitis. After the coma status for several days, his consciousness was returned!

For almost all people, the experience of near-death is uncommon, and I cannot judge how to treat these events.

I'd recommend this book, if you want to feel strange feeling like "What is consciousness?".

I went to salsa-party yesterday's night with my tango-dance teacher and her student. They could dance it very well, and also they were my teacher then.

We sought the dance studio, after having light dinner near the studio in Roppongi. They explained so much about the brief history of salsa or other music, but I had very few information and experience about this dance, and their explanation for salsa didn't convince me very well...:(
Actually, I've practiced only basic steps of salsa a few month ago, and that's all about my experience. As a matter of fact, basic information is very important to understand profoundly..

According to their advice, the similar dance "Bachata" can include tango steps in it, and I tried to dance it with some tango-step..:) It was ONLY me to use plural steps of tango in the studio!!

Anyway, I'd like to appreciate to today's "teacher" so much!
Posted by Unknown at 00:09 No comments:

It was the first time to take a lesson of Argentine Tango in Ebisu this year. My teachers looked after our students very well, and we learned some figures, with which we would be used in tango party in near future.
Actually, I took 2 lessons for beginners and intermediate students. There were less than 10 people for each lesson yesterday, and it was adequate volume for students:)

Although this diary is written in English, we've learned these lessons in Japanese!

Here are lesson movies by our teachers.

Since the beginning of this year, my PC, which is indeed MacBook Air, doesn't often store its electric power with its battery. In fact, I sometimes can store and sometimes cannot do it. Due to my lack of knowledge for infrastructure, I cannot judge the actual trigger for this incidents recently.

Some months ago, the PC had been repaired because of its failure of its infrastructure, which was a connecting part between the body and its adapter. I brought my PC to nearest Genius Bar of Apple Store in Shibuya, and actually my PC was transferred to maintenance center of repairing. One week after, it was fixed after replacing the failure.

As noted above, the incident is very similar to one of some month ago, and I went to the Bar to diagnose it this evening. After some brief trial, its battery has some troubles according to the person in charge, and he gave me a substitute of the adapter:) Actually, the version of the adapter is newer than the one of mine. Finally, it was free of charge, because I've registered a service of "AppleCare."
Posted by Unknown at 18:35 No comments:

The other day, I've purchased Kindle Paperwhite from amazon site in Japan.


Then, I completed reading the following book, whose title is "Lonely Planet around Tokyo". They say that this series "Lonely Planet" is famous for foreign travelers, and this book is my first reading for me with the Kindle. Actually, there are other series for Japanese travelers like "How to walk in earth(Chi-kyu-no-arukikata)", "Rurubu traveller".

In this book, we will find Japanese geographic, history or other cultures. What I'm interested in is a chapter of "Food and drink." As I usually cook in my house, there are some descriptions like O-kome, Miso and Shoyu, which are Japanese traditional condiments or Izakaya, Syokudo and how to use chopsticks. Even we, Japanese, don't know the detailed explanations in this book. So, Japanese will be surprised, if foreign people know this kind of description:)